Lampholder SES for use with Chandeliers and Candle Tubes

Lampholder SES for use with Chandeliers and Candle Tubes

Small Edison Screw (SES) candle tube lamp holders in 4 sizes all 24mm wide. 3 set lengths of 65mm, 82mm and 100mm, plus our adjustable version which ranges between 80mm and 105mm high. The base has a 10mm female thread with locking screw. You can use these thermoplastic lampholders with our card candle tubes which have matching sizes that can be purchased using this link to our card candle tubes page. Terminals are screw type for flexible cables, AWG18. Rated power 75W, Rated temperature: T135. They are made to standard EN 60238.

For more help on choosing the right bulb holder for your project maybe start with our Blog “Our guide to lampholders” and also checkout the “Related Blogs & FAQ’s” on this page for loads more useful information. If you want to create a Ceiling Pendant light head over to our “Ceiling Pendant Light Designs Page” where you can put a complete lighting kit together.

There are no reviews yet. When using any metal light fittings you need to earth the fitting to reduce the risk of electric shock. You therefore need to use our 3 core light flex in either our round or twisted braid as both have live, neutral and earth wires. Our 2 core braided flex only has live and neutral wires and therefore is only suitable for use with non-metal light fittings.  If in any doubt please always refer to a qualified electrician.

How to unlock a ‘locked’ lampholder?

Edison Screw lamp holders have a safety feature that mean once put together they cannot easily be unscrewed. This is to ensure you do not unscrew the whole ES lampholder when changing the light bulb. Safety essential, but not ideal if you have put it together and need to unscrew it again. However with a little patience, it is possible. See our video to see how. All E27 lampholders should have this safety feature.

How to wire up lampholders? 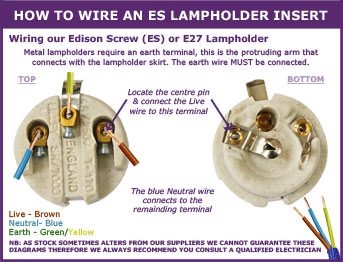 We also have a list of useful “How to” videos on our YouTube channel that includes a video “Metal Bayonet Lampholder Wiring & Testing” where you can see our bayonet cap lamp holder being wired up and tested by an Electrician.

Please do check your work with an electrician though as this advice is strictly general & can vary depending on many factors relating to the individual use of a product and your domestic set up.

I’m having trouble putting the side entry lamp holder kit together?

Our side entry lamp holder kits are usually put together for you. If not, you just need to switch the reducer round.

The side entry tube is now the right way up so the flex can be gripped by the black grip screw above the entry hole in the tube.

Which Amp Lighting Flex or Plug can I use?

The conversion of Watts to Amps is governed by the equation Amps = Watts/Volts so if you check how many Watts your bulb(s) will be, you can work out what amperage flex or switch you will need. For example 4 watts/240 volts = .016 Amps for 1 x 4 Watt bulb.

Our Bayonet Cap Lamp holders are generally 2 AMP rated and our ES lamp holders 4 AMPS. Our Flex specifications can be found here. 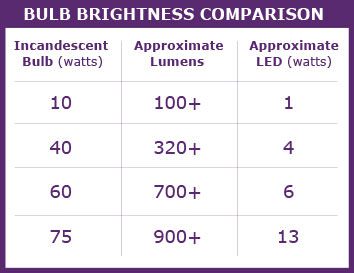 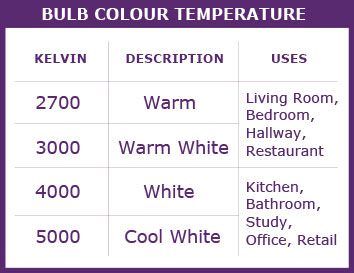 Which wattage bulb can I use?

Why is my lampholder not working?

Is it Faulty? Probably not. Inside the lamp holder there are two grooves. The insert should be slotted into the grooves. If it isn’t inserted correctly then the lamp holder will not connect to the bulb properly. You could also check that the earth wire is not preventing the switch from seating properly so the pins are not depressed enough to make the safety contact.